The Translational Data Analytics Institute's opening in a newly renovated Pomerene Hall in August 2018 marked the exciting rebirth of a campus landmark that first opened in 1922 as the Women’s Building. The building's transformation was the result of significant investments by Ohio State and the state of Ohio to create a hub for collaborative data science and analytics innovation.

A building of their own

At The Ohio State University in 1917, it was considered inappropriate and distracting for women to study next to men, so women students were permitted to study in one small room in University Hall, nicknamed the “Gab Room.” There, the women could socialize and hold events for an annual fee of 25 cents.

The Women’s Council appealed to the university legislature for a women’s building, and the first part of Pomerene Hall opened in 1922 at 1760 Neil Ave. with a gymnasium, education classes and social rooms. Inspired by Jacobethan Revival style, Pomerene Hall provided a crucial convening space for people who were marginalized elsewhere. A natatorium, kitchen and refectory were completed in 1927. 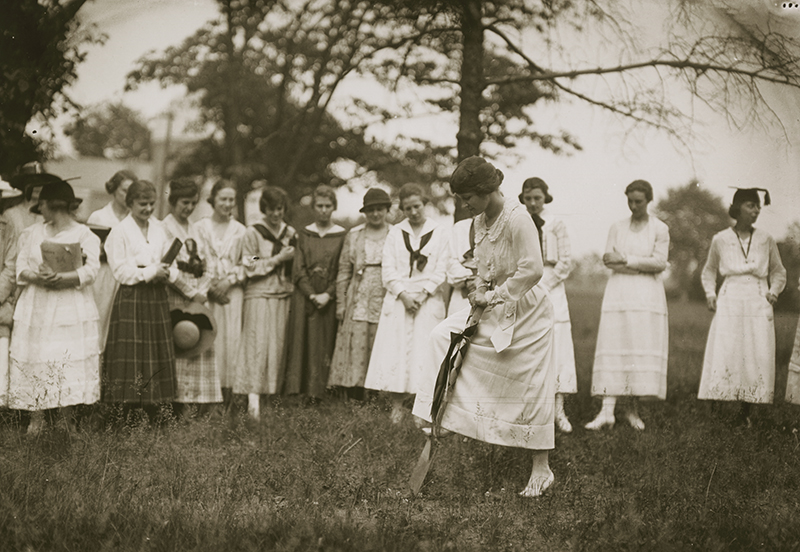 Many students have expressed how Pomerene gave them a feeling of a place on campus which was theirs and made them feel the university cared or it would not have created for them a place of quiet…refinement.

Arriving at that great spot each morning by 6 a.m., I relished those quiet two hours before class, studying, chatting with students and professors, eating my breakfast and drinking a few cups of coffee in the lovely Pomerene Hall. It was a great way to [begin] my day and will always hold a treasured spot on campus. 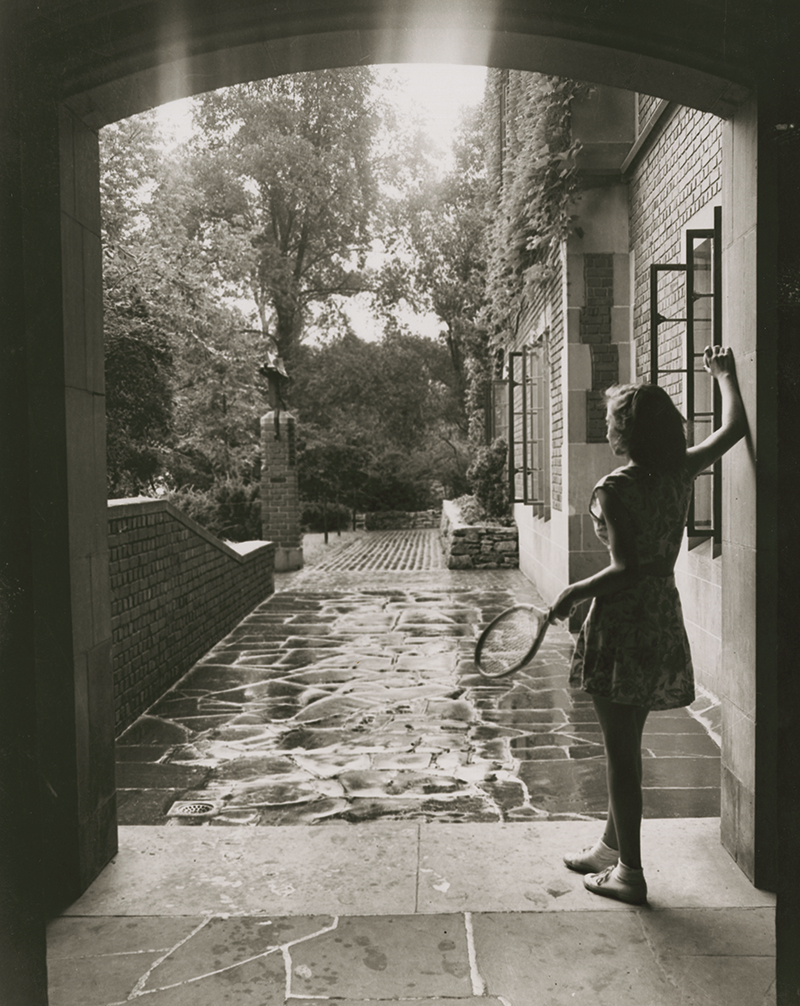 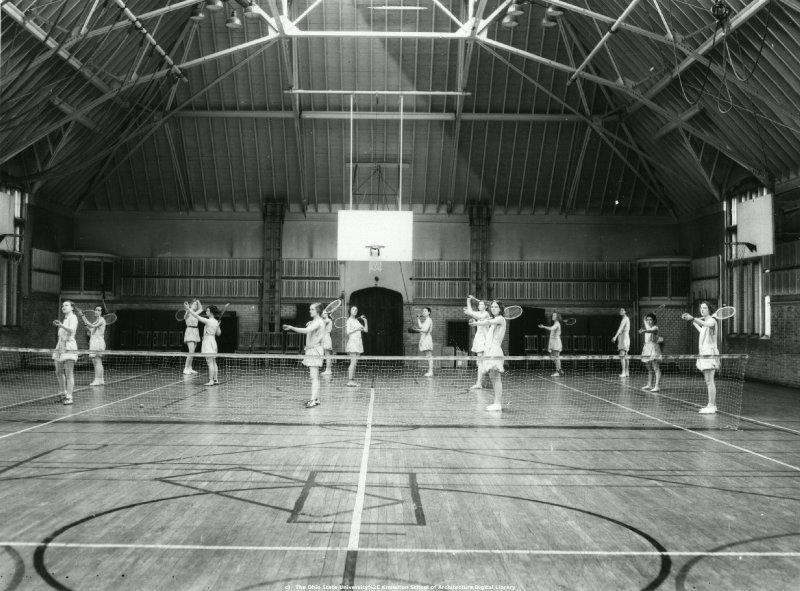 I can still remember the gymnastics class where we used large metal rings and long ribbons on a stick to leap around the floor while a piano player was providing appropriate music. A little strange in today’s world. The first floor of Pomerene had the most comfortable old wingback chairs, and it was wonderful to curl up with a book and relax. The cafeteria in the basement had coffee for 5 cents. What wonderful memories!

Long before there were intercollegiate athletics for women, I taught basketball to women’s physical education majors in the gym in Pomerene. In addition to the games between students, we always had a student-faculty game. The friendships that developed between students, faculty and staff lasted all our lives.

Autumn 1970, if you were female and wanted to go swim, you went to the Pomerene Hall pool. They had blue wool one-piece swimming suits you had to wear. The suits were so tight you had to squeeze into them, but as soon as you got into the water, they expanded and almost fell off. 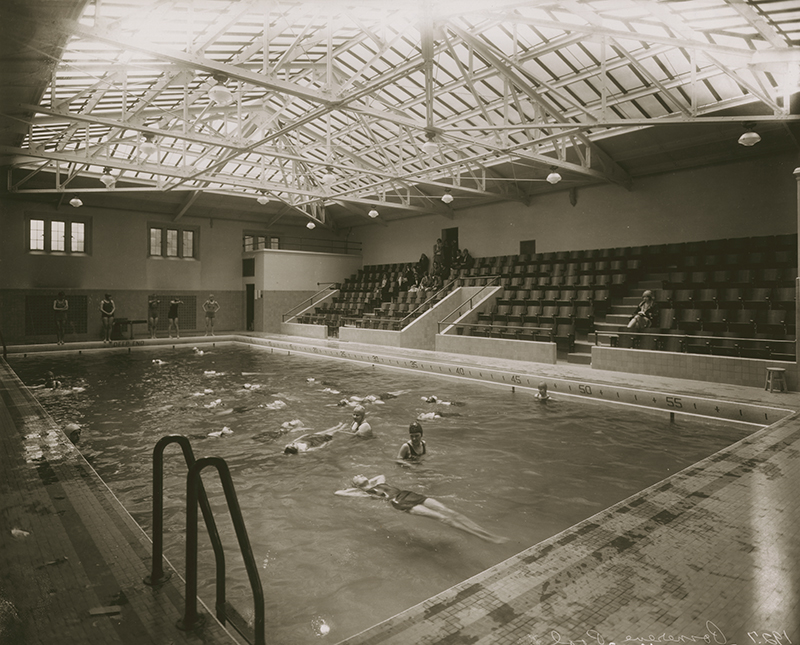 A place to gather

Nearly synonymous with Pomerene Hall has been the eating establishment on the ground floor, which has gone by many names--the Mirror Lake Creamery, the Rathskeller and the Refectory. For a time was also a laboratory for students in the Institutional Management Division of the School of Home Economics to experiment with new types of cooking. Known today as the Mirror Lake Eatery, it remains a popular place to gather.

My friends and I walked to Mirror Lake at least three times a week from the North Campus dorms, and we would stay for a couple hours talking and eating. It was a great way to build community with a group of people I’m still friends with to this day.

Pomerene Hall also featured a second-floor ballroom with wood-paneled walls and an ornate plaster ceiling where dance classes and school dances were held. The ballroom was shown in the 1984 film “The Jesse Owens Story."

Pomerene 213 was the place where the Argentine Tango student groups (ATCO and TangoOSU) of OSU met to practice and party on Saturday and Wednesday nights during the quarters and semesters, instructed by Yuval. 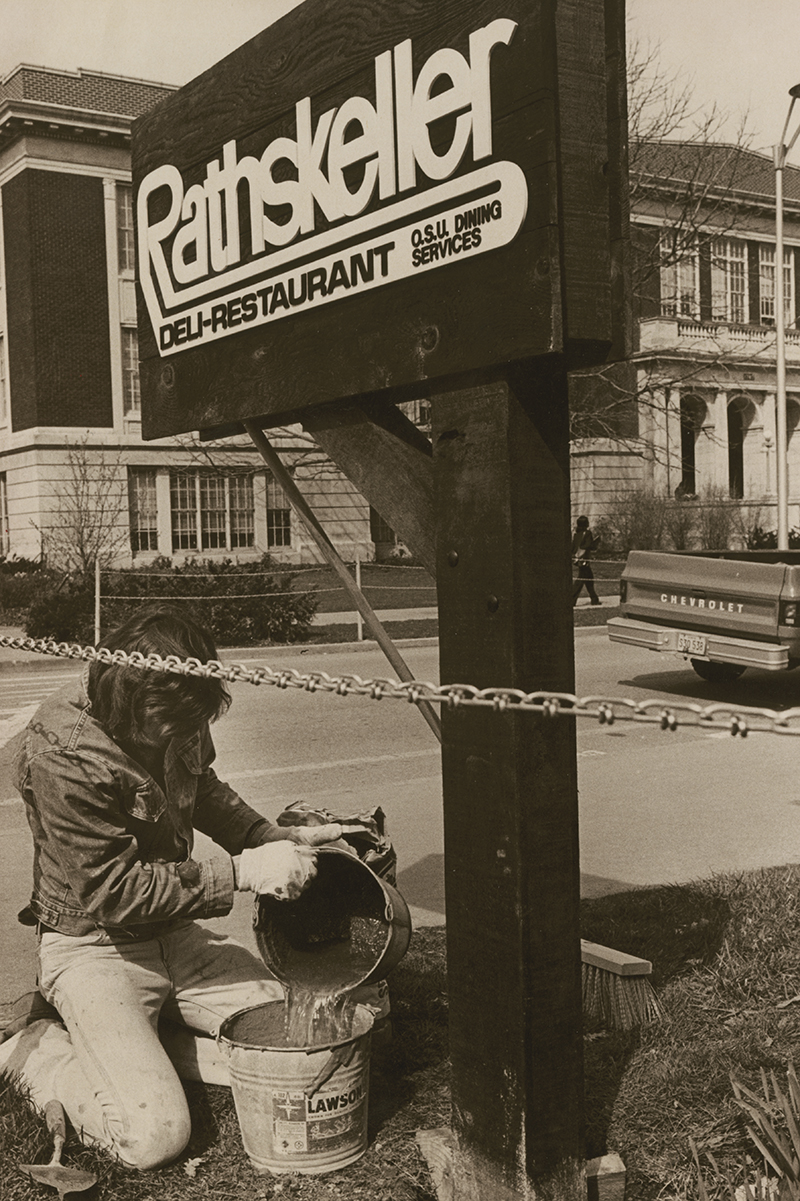 Recognizing the growth of data science and analytics in research and the need to teach students new skills in these fields, the state of Ohio State contributed $42 million toward transforming Ohio State's Pomerene Hall into a hub for big data innovation. 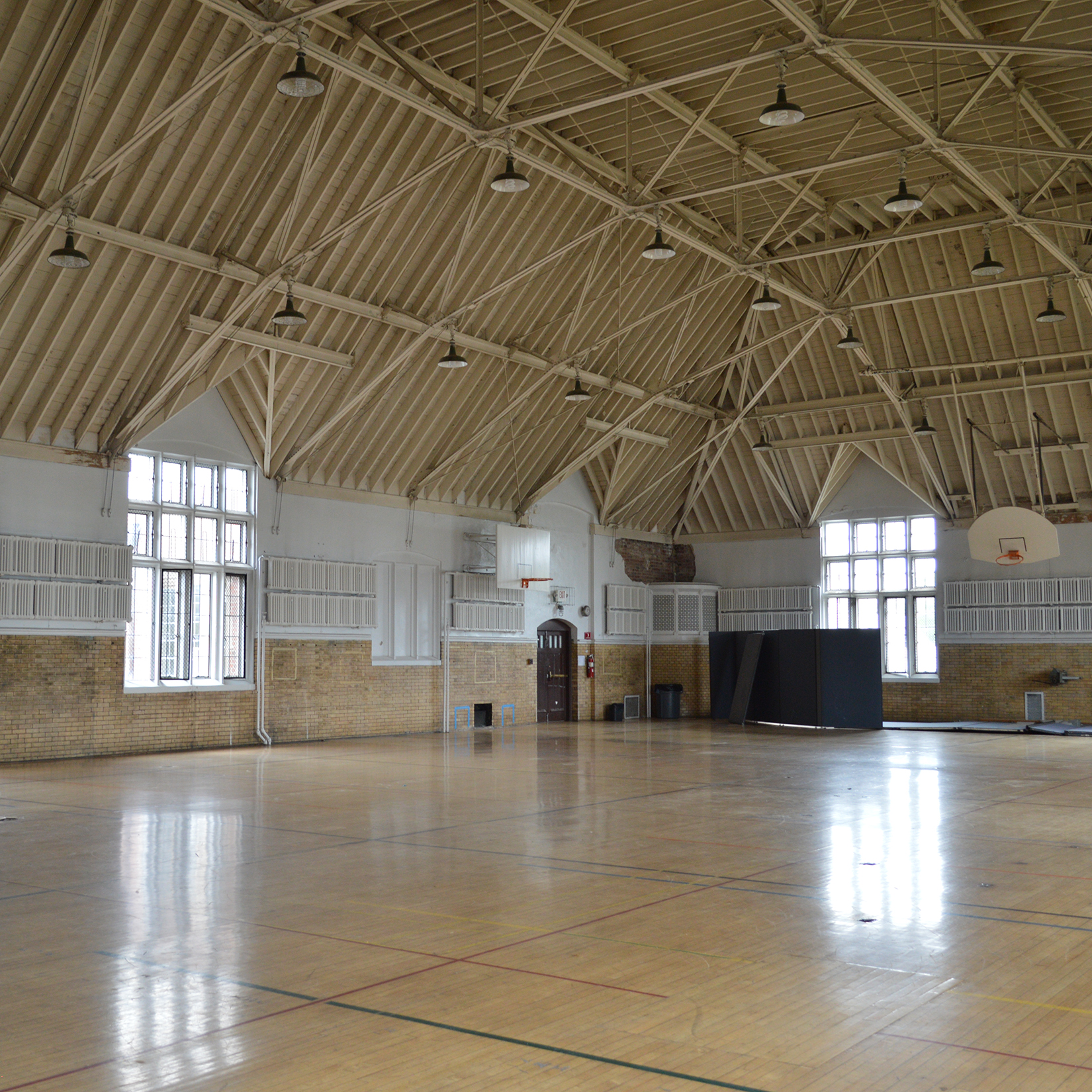 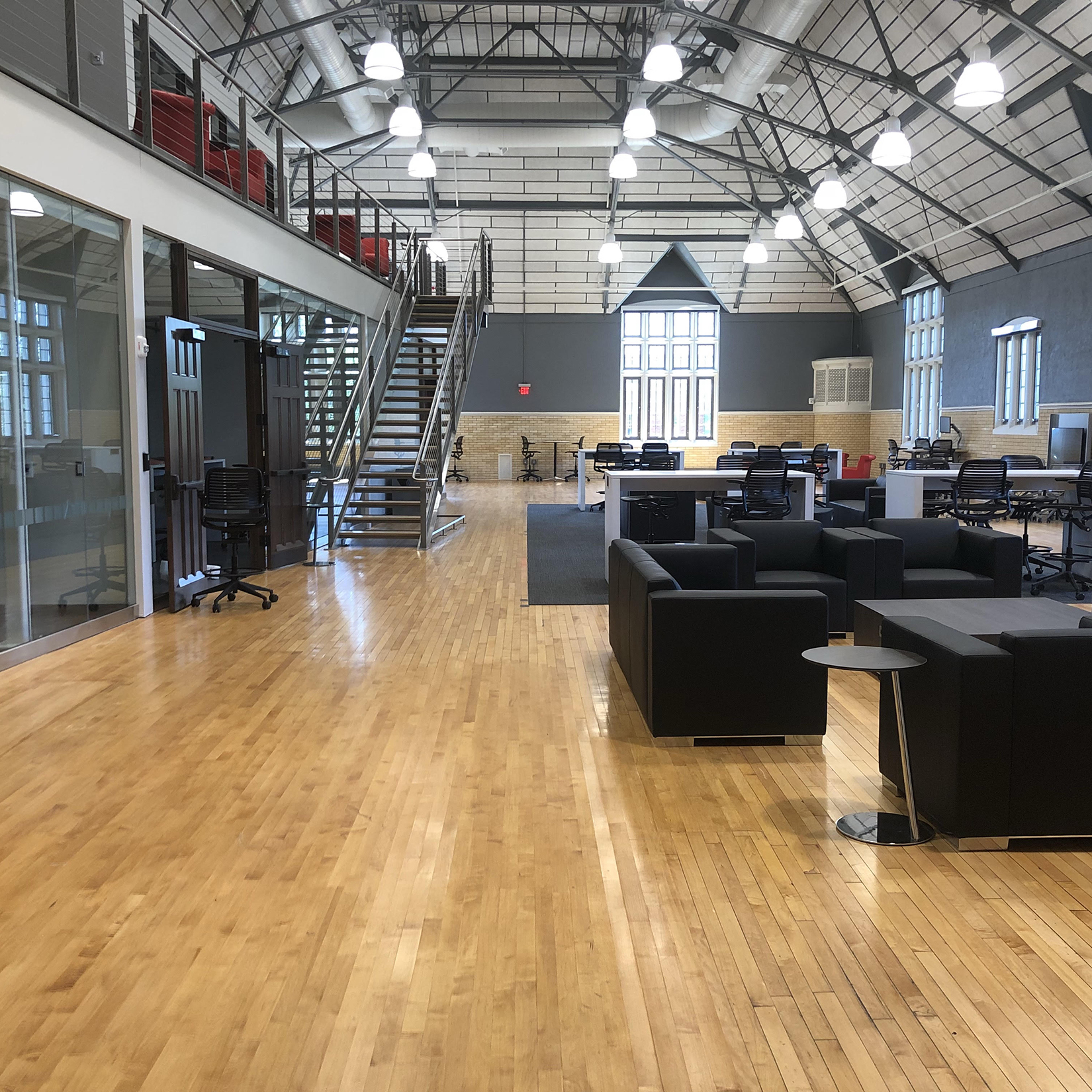 The centerpiece of Pomerene Hall is a three-story Grand Atrium, which features original brick walls, balconies with seating, and an original Sol LeWitt wall drawing that soars from floor to ceiling.

Adjacent to the atrium is a new addition with two auditorium-style classrooms that replaced the 1927 swimming pool structure. 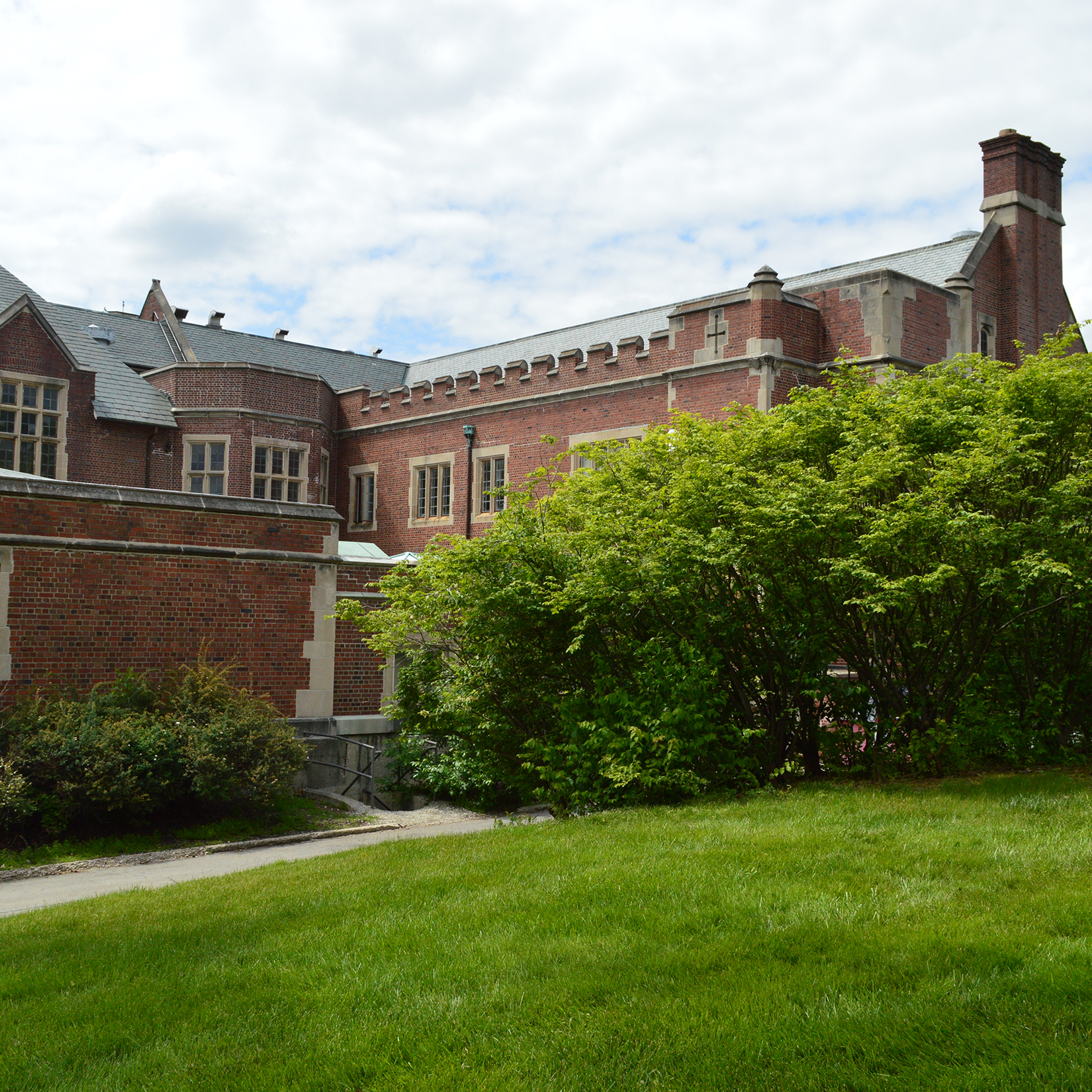 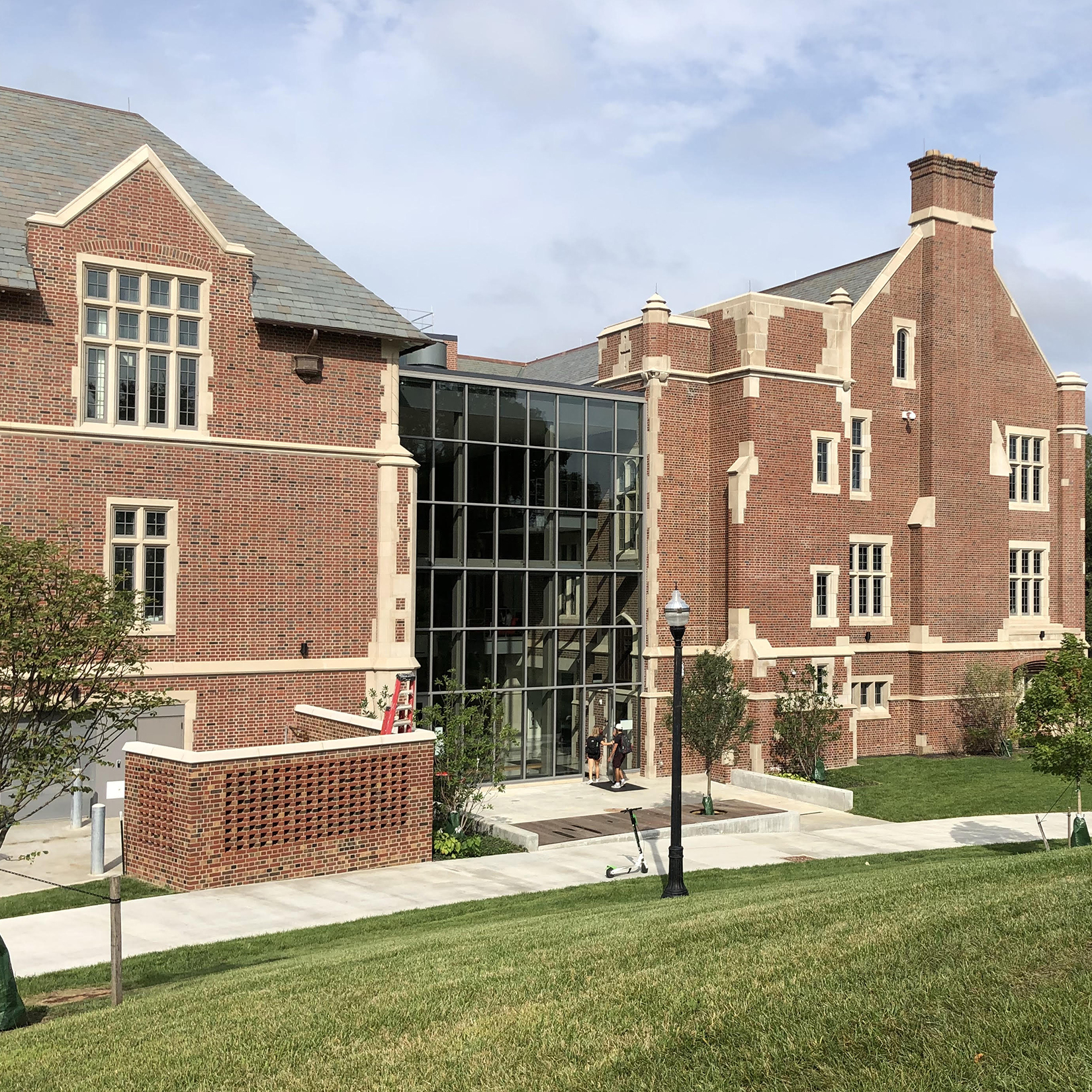 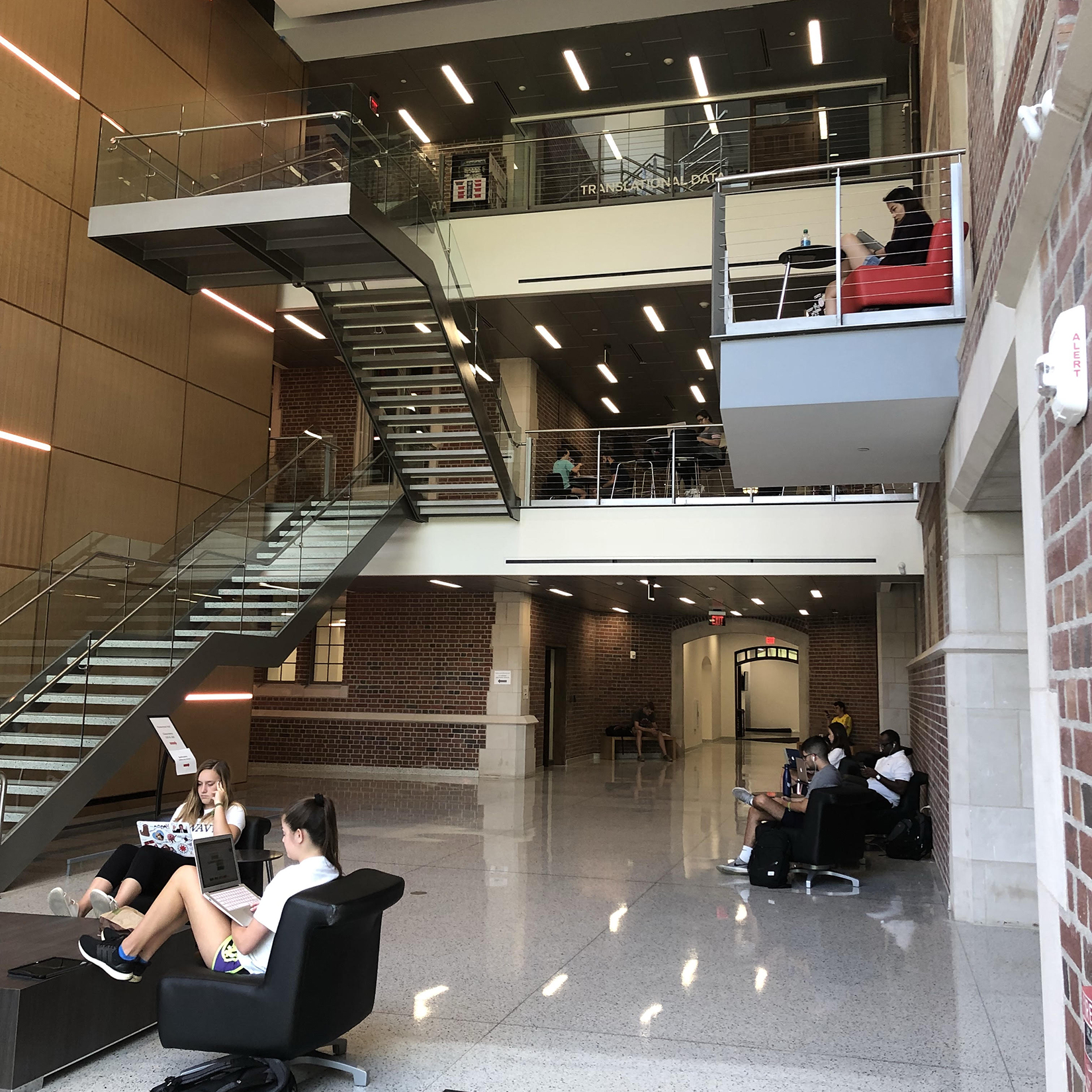 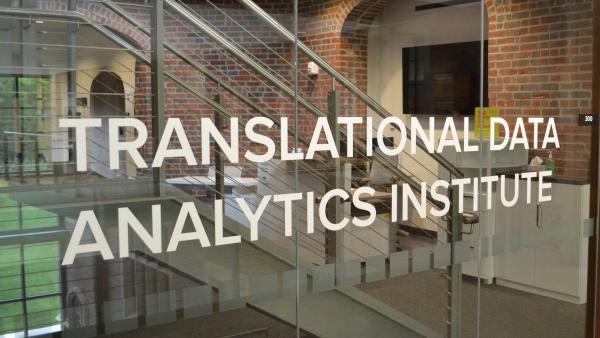 While its purpose has evolved over its 100-year history, Pomerene Hall remains campus gem and a place for diverse people to gather.

Today, the Translational Data Analytics Institute in Pomerene Hall is dedicated to research, learning and, above all, inclusiveness.

How to utilize TDAI spaces