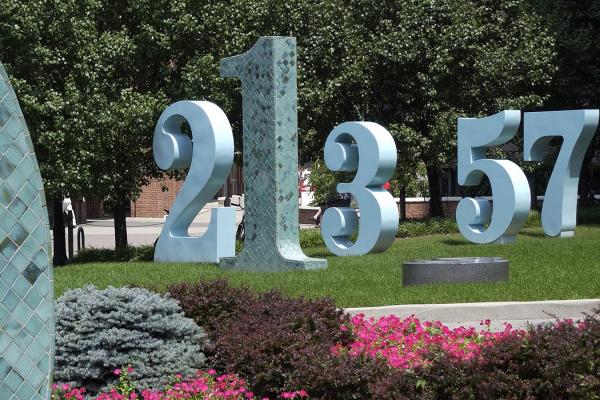 The National Science Foundation announced today the establishment of 11 new NSF National Artificial Intelligence Research Institutes, building on the first round of seven institutes funded in 2020. The combined investment of $220 million expands the reach of these institutes to include a total of 37 states.

The AI Institute for Intelligent Cyberinfrastructure with Computational Learning in the Environment (ICICLE) and AI Institute for Future Edge Networks and Distributed Intelligence (AI-EDGE), both led by Ohio State teams and TDAI affiliates as principal investigators, will each receive a total of $20 million over five years. Each institute will manage about $10 million in funding with the rest shared by core partner institutions across the United States.

“AI is, without a doubt, the future, offering the opportunity to improve personalized health care, augment cybersecurity, boost smart mobility, enhance food security, and so much more; but its vast possibilities cannot be fully realized without advancements that substantially improve cutting-edge technologies and bring new services to a broader audience,” said Ohio State President Kristina M. Johnson. “That’s why these two NSF-recognized institutes at Ohio State are so important. Not only will they continue the ongoing and incredibly vital work to fully realize the potential of AI, but they will also offer the opportunity to increase the number and diversity of individuals with the skills necessary to meet the long-term workforce needs of this important field.”

Led by NSF, and in partnership with the U.S. Department of Agriculture National Institute of Food and Agriculture, U.S. Department of Homeland Security, Google, Amazon, Intel and Accenture, the National AI Research Institutes will act as connections in a broader nationwide network to pursue transformational advances in a range of economic sectors and science and engineering fields — from food system security to next-generation edge networks.

TDAI affiliate Dhabaleswar K. Panda, professor of computer science and engineering at Ohio State, is the principal investigator for ICICLE, leading a core team of 46 academic researchers and staff scientists from 13 organizations. The institute will build the next generation of cyberinfrastructure with a goal of making AI data and infrastructure more accessible to the larger society.

“Artificial intelligence is becoming very important. A lot of people are using it, but it is still limited to only advanced technical people. How do we take it to the masses?” Panda said. “That’s where we want to take AI — a plug-and-play version which will be democratized so that anybody can use it over the years.”

TDAI affiliate Ness Shroff, professor of electrical and computer engineering and computer science and engineering, is the principal investigator for AI-EDGE, leading a core team of 30 scientists from 11 collaborating institutions, three Department of Defense research labs and four global companies. The institute will focus on AI innovation for wireless devices, services and applications at the network edge rather than the traditional network core. These edge networks will encompass mobile and stationary devices, wireless and wired access, and computing and data servers.