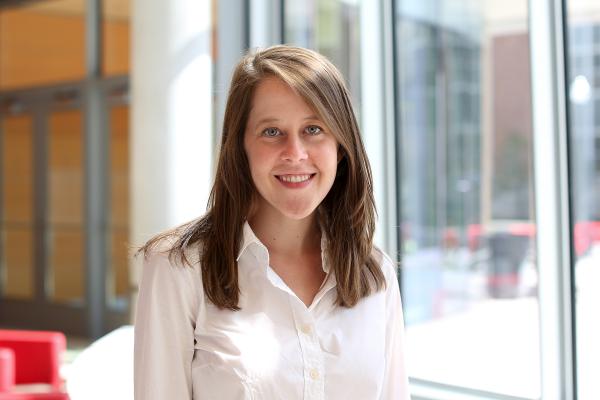 Before there was Twitter for sharing one’s thoughts and responding to others’, there were letters to the editor.

TDAI core faculty member Dr. Elizabeth Bond, assistant professor of history, examined more than 7,000 letters to the editor in French newspapers from 1770 to 1791 to learn what the period leading up to the massive social upheaval of the French Revolution was like for everyday citizens. The glimpse they provide into the worldviews of everyday citizens, and their role in shaping public opinion, are the subject of Bond’s new book, The Writing Public (Cornell University Press). 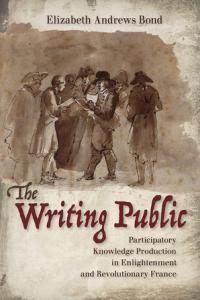 Unlike personal correspondence from that period or open letters written by philosophes of the time, letters to the editor—the new media of the late 18th century—were published in newspapers known as affiches that were an early form of social media, a public forum for people from diverse backgrounds to share and debate new ideas in the "century of Enlightenment."

Bond’s use of such letters as a window into ordinary citizens’ lives on the eve of France's revolutionary political transition is novel. In addition to the points made in the letters, she also looked at the cases writers made to the editors for why their letter should be published, which provide insights into how the writers--particularly women--defined themselves. "The grounds on which prospective contributors justified the merits of their letters and their authority to speak are among the most revealing findings of my book," Bond said.

“One of the aspects of writing this book that I loved was that these sources offer small glimpses into the lives and thought processes of so many people,” Bond said. One chapter, for example, focuses on what the letter writers said about their reading experiences—"where they read newspapers and books, with whom they read, how reading fit into the rhythms of their day, how they interpreted the media they read. Studying all of their voices was exciting, because it enabled me to explain how people processed information, and to do so on a remarkable scale.”

For the research behind the book, Bond visited libraries and archives in 10 French cities to read nearly 7,000 letters to the editor in 22 local newspapers. In addition to conducting a fine-grained evaluation of what individual sources had to say, she used computational data analytics approaches to get a new look at the body of sources as a whole, which led her to two of the important conclusions in this book.

“First, I found that letter writers came from a surprisingly wide range of social backgrounds,” she said. “Many people who were otherwise left out of the Enlightenment could participate in these newspapers. Second, I found that these newspapers were connected to one another and to other print media. The republication of information from one of these newspapers to another allowed me to trace the spread of ideas at a critical historical moment.”

The Writing Public centers on 18th-century history, but as Bond notes, it extends beyond that specific context to raise questions with contemporary relevance, including the formation of public opinion, the popular reception of new media, and the link between the habits of mind practiced by consuming media and one’s participation in political and social change. “At its heart, this book is interested in how ideas and communication technology shape society.”

The Writing Public is available in paperback or through open access through Ohio State Libraries' participation in TOME (Toward an Open Monograph Ecosystem) here.