A team of cybersecurity researchers has discovered that a large number of cell phone applications contain hardcoded secrets allowing others to access private data or block content provided by users.

The study’s findings: that the apps on mobile phones might have hidden or harmful behaviors about which end users know little to nothing, said TDAI affiliate Zhiqiang Lin, an associate professor of computer science and engineering at The Ohio State University and senior author of the study. 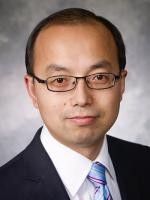 The study has been accepted for publication by the 2020 IEEE Symposium on Security and Privacy in May. The conference has moved online because of the global coronavirus (COVID-19) outbreak.

For this study, the research team evaluated 150,000 apps. They selected the top 100,000 based on the number of downloads from the Google Play store, the top 20,000 from an alternative market, and 30,000 from pre-installed apps on Android smartphones.

They found that 12,706 of those apps, about 8.5 percent, contained something the research team labeled “backdoor secrets” – hidden behaviors within the app that accept certain types of content to trigger behaviors unknown to regular users. They also found that some apps have built-in “master passwords,” which allow anyone with that password to access the app and any private data contained within it. And some apps, they found, had secret access keys that could trigger hidden options, including bypassing payment.

“Both users and developers are all at risk if a bad guy has obtained these ‘backdoor secrets,’” Lin said. In fact, he said, motivated attackers could reverse engineer the mobile apps to discover them.

Qingchuan Zhao, a graduate research assistant at Ohio State and lead author of this study, said that developers often wrongly assume reverse engineering of their apps is not a legitimate threat.

“A key reason why mobile apps contain these ‘backdoor secrets’ is because developers misplaced the trust,” Zhao said. To truly secure their apps, he said, developers need to perform security-relevant user-input validations and push their secrets on the backend servers.

The team also found another 4,028 apps – about 2.7 percent – that blocked content containing specific keywords subject to censorship, cyber bullying or discrimination. That apps might limit certain types of content was not surprising – but the way that they did it was: validated locally instead of remotely, Lin said.

“On many platforms, user-generated content may be moderated or filtered before it is published,” he said, noting that several social media sites, including Facebook, Instagram and Tumblr, already limit the content users are permitted to publish on those platforms.

“Unfortunately, there might exist problems – for example, users know that certain words are forbidden from a platform’s policy, but they are unaware of examples of words that are considered as banned words and could result in content being blocked without users’ knowledge,” he said. “Therefore, end users may wish to clarify vague platform content policies by seeing examples of banned words.”

In addition, he said, researchers studying censorship may wish to understand what terms are considered sensitive.

The team developed an open source tool, named InputScope, to help developers understand weaknesses in their apps and to demonstrate that the reverse engineering process can be fully automated.

Other authors on this work include Chaoshun Zuo at Ohio State, Brendan Dolan-Gavitt at New York University, and Giancarlo Pellegrino at CISPA Helmholtz Center for Information Security.

Pattern-driven mining, analytics and prediction has received a lot of attention in the last two decades since information discovered in data can be used to support decision and strategy making....

As part of its mission to connect faculty with resources to create data- and analytics-enriched solutions for research and real world problems, TDA invites faculty throughout Ohio State to submit proposals...

Form of Intent Due:  November 2, 2020 Final Nominations Due: December 1, 2020   The Office of Postdoctoral Affairs is pleased to announce the fourth President’s Postdoctoral Scholars Program (PPSP) competition. This...

What to wear: Feds’ mixed messages on masks sow confusion

Forgive the American people if they’re in a fog about face masks. President Donald Trump and the federal government have done a number on them. First there was the don’t-do-it phase. Then the nice-but-not-for-me...

Translational Data Analytics is seeking faculty interested in participating in a new Data Research Faculty Exchange program with Nagoya University (NU), located in Nagoya, Japan. The program is designed to...